The Rolex Monterey Motorsports Reunion is likened to a museum that springs to life each August on the Monterey Peninsula. And this year is no exception as 550 historic and period-correct racecars have been accepted to compete in 15 race groups over the four-day gathering, Aug. 14-17 at Mazda Raceway Laguna Seca.

The oldest car accepted is Brian Blain’s 1911 National 40 (LEFT, photo courtesy of DMT Imaging). Sporting 100 horsepower, the National was driven by Charlie Merz in the inaugural Indianapolis 500 held in 1911, finishing seventh at an average speed of 70.36mph and in so doing, collecting $700 in prize money.

On the opposite end of the race group spectrum is Mazda’s 1992 RX-792P GTP, chassis #001 (TOP, photo courtesy of Bob Heathcote Photography), which is one of two prototypes that competed in the 1992 IMSA GTP championship. Price Cobb and Pete Halsmer were the original factory drivers to pilot the entirely new 720-horsepower car against the established Eagle Toyotas and factory Nissans.

It’s an international field in Monterey, as U.S. entries will be joined by cars from Australia, Belgium, Brazil, Canada, Germany, Italy, South Africa and United Kingdom.

Maserati North America will officially celebrate its centennial at the Rolex Monterey Motorsports Reunion as part of its international efforts. As the eldest of the three Italian marques, Maserati will be well represented in its heritage display and on the track. Iconic Tipo 60s and 61s, nicknamed the Birdcage, will be running as are the sleek 300S and 450S models that once competed in the famed Mille Miglia, Nurburgring and other punishing races. Additionally, the first-ever 4CL that Maserati produced in 1939, which was originally raced by factory drivers Luigi Villoresi, Carlo Felice Trossi and Franco Cortese, will be racing in Monterey.

Not surprisingly, the largest single make of cars come from the motorsports annals of Porsche. A total of 64 Porsches, from the earlier 356 and 911 to the later 962 will be lining up on their respective grids. Porsche continues to be heavily involved in sports car racing and the yearly entries reflect the company’s commitment to motorsports.

Also on tap in Monterey is the 50th anniversary of the Sunbeam Tiger, which were popularized among American audiences by the ’60s television show “Get Smart.” For racing, Carroll Shelby began highly modifying production Tigers into competition cars for entry into the 1964 24 Hours of Le Mans. Despite all three retiring from the race, the Tigers raced through the end of the decade compiling impressive strings of victories.

The Rolex Monterey Motorsports Reunion is one of the cornerstones of the renowned Monterey Classic Car Week. The largest event held annually in the scenic coastal community, visitors worldwide descend on the area to enjoy the historic cars in action, the Pebble Beach Concours d’Elegance and all the supporting activities that comprise the motoring week. 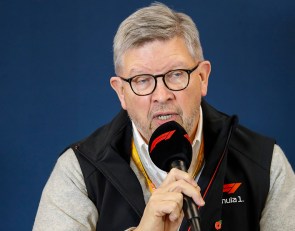