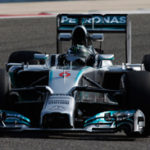 The German managed 89 laps on what was his penultimate day of pre-season driving, but reliability issues brought his day to an early end.

Rosberg reckons such issues indicate just how tough every team is finding adapting to F1’s new regulations, particularly as he acknowledged Mercedes is in better shape than some of its rivals.

“I managed to do a couple of good laps, but in the afternoon we had a few reliability problems,” he explained. “It just shows everyone is fully on the limit.

“OK we’re looking a little better on reliability than some others, but even we’re on the limit and having problems. To get everything ready and bullet proof for Melbourne is really tough.

“I’m optimistic, but confident? Speed doesn’t help if you don’t get to the end of the race. Everything needs to fit together; we’re not there yet and there’s just a few days left. I hope we’re ready for Melbourne; it’s going to be close.”

Rosberg conceded his day was “not fantastic,” but said the team’s problems arose because it has begun to delve into the detail work of testing.

“We had a lot of new things that took a while to get going,” he said of day one. 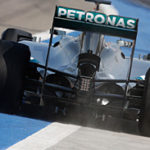 “We’re going into the details now, which is a good thing, but when you do that you find new problems. Unfortunately, a problem stopped me running before the end of the day, but we’re still going in the right direction.

“The heat [on day one] was more representative of the first couple of races too, and that allows you to discover problems maybe you wouldn’t if it is a bit cooler.

“We’re in a decent position starting off now, but I don’t feel we’re that far ahead. Everyone has problems and we do, too.”