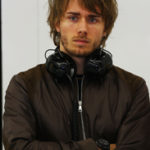 Pic lost his Caterham seat at the end of 2013, but will become Lotus’s main reserve this year.

“Obviously, the big change is that I won’t be racing in Formula 1, but I will be at the races and working in meetings which will help me develop and progress as a driver,” said Pic. “Working with a top team is the next step in my development and I think I will learn a lot from this.

“I’m happy with my progress from my first two seasons in Formula 1 and at 24 I still have good potential for the future.”

Sorensen, who was already a Lotus team protégé, has been promoted to ‘reserve and development driver’ status for 2014.

“I’ll be doing a lot of the simulator work this year, and then we’ll see if there are any tests,” said the 23-year-old Dane. “I’m looking forward to doing a good job in the simulator and helping to get some extra pace in the car as it’s a great way to show my value to the team.

“I’m probably going to come to six or seven F1 races during the season and that will be fantastic experience, too.”

While Prost has the same ‘reserve and development’ title as Sorensen, he will be the lead simulator driver and has already carried out a large amount of E22 development work at the factory.