The Frenchman, who co-drove the Action Express Corvette DP to the overall win at the weekend, has signed up, along with his current IndyCar rivals Oriol Servia and JR Hildebrand.

Brazilian Senna, who switched to sports cars with Aston Martin last year, is one of 16 drivers who have now put themselves forward for seats in the FIA’s new all-electric series.

Although driver signing decisions will remain down to the individual Formula E teams, the series has established a “Drivers’ Club” scheme to draw up a list of potential candidates, all of whom will have early opportunities to test the championship’s Spark-Renault car.

Ex-F1 names Super Aguri and Virgin are among the 10 teams committed to the 2014/15 series, alongside IndyCar front-runner Andretti Autosport, a collaboration between four-time F1 champion Alain Prost and DAMS, and a partnership between sportscar firm Venturi and actor Leonardo DiCaprio.

Formula E’s first race will take place in Beijing on Sept. 13 this year. 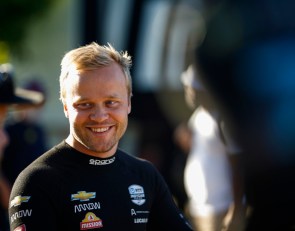