Alonso: No reasons for pessimism

Alonso: No reasons for pessimism

Fernando Alonso says he feels only optimism about Ferrari’s Formula 1 title hopes in 2014, following the launch of its new challenger on Saturday.

Despite a frustrating 2013 campaign where Ferrari’s form faded away after a strong start, the Spaniard thinks the Maranello squad is in much better shape as it gears up for another title assault.

“We have to be optimistic,” Alonso told media in a video teleconference after the unveiling of the F14 T. “There is not any sign to be pessimistic.

“We are in a changeable time now. We have some new things coming in Formula 1 with some big regulation changes, but we are quite well prepared for that.

“The team has been working for a good time now on the new car. We have the technology, we have the people and we have the facilities to create and be ready to challenge that new Formula 1. That is my reason to be optimistic.

“We are Ferrari. We are in a team that is only competing for winning. We saw in the last couple of years that finishing second is like a disaster because in this team everyone is expecting a lot. But these expectations and this motivation that everyone has at Ferrari makes me very optimistic.”

ALONSO: FERRARI HAS ADDRESSED ITS WEAKNESSES

Ferrari has undergone a major ramping up of its infrastructure in recent years, with improved simulator and simulation facilities, an upgraded wind tunnel and strengthened technical staff that included the signing of James Allison as new technical chief. Those elements have put Ferrari in a better position to succeed, but Alonso concedes that nothing can be guaranteed for 2014.

“In sport in general, but even more in F1, there are not securities. There is not 100 percent on anything,” he said when asked whether this year was Ferrari’s best chance of winning the title in recent times. 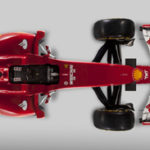 “We have been improving the team year after year. There are new technical people that arrived in the middle of last year, and there are some new facilities that are now working, like the wind tunnel that after one year was closed in 2013, so definitely that will help the performance and help the hopes of the team.

“But at the end of the day, we need to wait and see because the competition will be tough. Everyone is doing the maximum and we need to do a little bit better. We can do it only if we manage to do it – not only by words.”