Porsche has named its four full-time drivers for its CORE autosport-run TUDOR United SportsCar Championship program, maintaining tradition with some nominees while giving others a big shot in North America.

California’s Patrick Long, Austria’s Richard Lietz, England’s Nick Tandy and Denmark’s Michael Christensen will contest the full 11-round TUDOR Championship for Porsche, and fellow factory drivers Jorg Bergmeister (Germany) and Patrick Pilet (France) will join the squad for next month’s Rolex 24 at Daytona. Drivers for the other endurance races, included the 12 Hours of Sebring and Petit Le Mans, were not revealed on Monday.

Tandy and Lietz will helm the No. 911 Porsche 911 RSR in the GT Le Mans category, with Pilet joining the duo during its initial outing at the Jan. 3-5 Roar Before the 24 test at Daytona, and again for the Jan. 25-26 race.

Long and Christensen will share the No. 912 Porsche 911 RSR, with Bergmeister completing the roster.

With Long (LEFT), the two-time ALMS GT champion who drove for CORE last season, the team maintains consistency, while Christensen, the most recent graduate from the Porsche Junior Driver program, will study under Long after placing sixth in the Porsche Mobil 1 Supercup championship.

Tandy (RIGHT) is no stranger to the ALMS, nor is Lietz. Tandy closed the 2013 season in style, helping the Falken Tire outfit to win the final ALMS GT race at Petit Le Mans. The Briton also scored a victory with NGT Motorsport in the GTC class at Mazda Raceway Laguna Seca.

Of his most recent endurance accomplishments, Lietz scored the Rolex GT win at the 2012 Rolex 24 with Magnus Racing and also shared the Porsche 911 RSR that took the GTE-Pro class victory at Le Mans in June.
The GTLM Porsche program will be headquartered at Porsche Motorsport North America in Southern California, with South Carolina’s CORE autosport in charge of running the effort on behalf of the storied German marque. 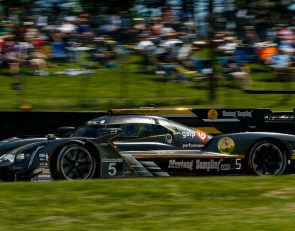 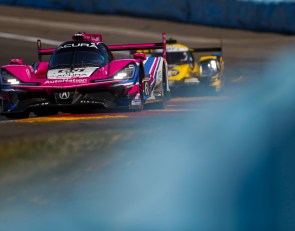