Nicolas “Nico” Jamin will complete Belardi Auto Racing’s four-car lineup for the 2014 Cooper Tires USF2000 Championship Powered by Mazda. Jamin started his racing career just three years ago in karting. After winning many national races in his first karting season, he made the transition to racing cars. In 2012 running in the European Formula 4 Auto Sport Academy, he brought home four podiums and finished seventh in the championship. His consistent progress throughout the year helped guide him to take on the Formula Renault 2.0 NEC Championship in 2013, where he finished the championship in the top-10 in his very first season.

13th Avenue offered Jamin the opportunity to test in a USF2000 car for the first time last month. After a solid performance at a test at Sebring, Jamin was invited to join the drivers represented by the group.
“We’re really happy to have Nico complete our USF2000 lineup for 2014,” said Brian Belardi. “He has learned to adapt very quickly in the cars he’s been in before, so I look forward to seeing him adjust to fit in at our team right away. I expect him to be able to compete for wins this season. I’m glad to see Nico start his rookie season in the Mazda Road to Indy program with Belardi Auto Racing. I believe he will be a great addition to our team.”
Jamin commented, “I am so happy to participate with Belardi Auto Racing at the USF2000 Championship for 2014. After my first test, I had only one thing in mind: joining the others drivers in this category and Florian (Latorre) will be one of my teammates next year! I want to thank enormously Brian Belardi and Chuck Lessick to trust me for next year. I will do my best to win races as soon as possible. I also want to thank my parents, all my partners, and my manager Thierry from 13th Avenue for giving me this fantastic opportunity to join the “Mazda Road to Indy” program, that is so well organized by Andersen Promotions. I can’t wait to be at Barber Motorsports Park in a few days for the first official test with my new team.”
Jamin will test with Belardi Auto Racing Dec. 9-10 for the Chris Griffis series test at Barber Motorsports Park. The USF2000 series is scheduled to commence on March 29th, 2014 on the streets of St. Petersburg, for the first races of the 2014 season. 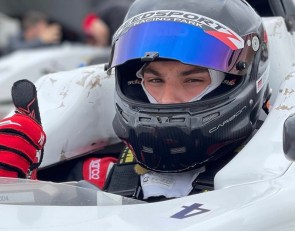 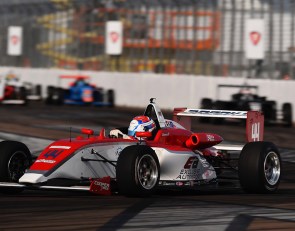 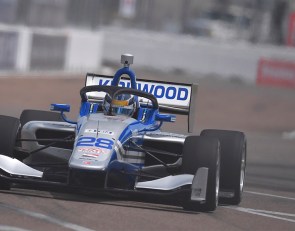