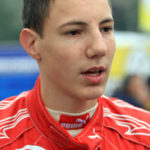 Ferrari Formula 1 protege Raffaele Marciello will test for front-running GP2 team Racing Engineering at Yas Marina this week. The Italian, who won the Formula 3 European Championship last month, is one of six drivers slated to drive for the squad, which ran Fabio Leimer to this season’s drivers’ title.

Marciello, 18, will drive for the Spanish team on the third and final day of the Abu Dhabi test and will be joined by Mitch Evans, who spent the year with rival GP2 outfit Arden.

Muller will also drive for Arden during the three-day test alongside Rene Binder while Evans has been confirmed for a day at champion team Russian Time which will also run German F3 frontrunner Artem Markelov.

Negrao will spend a day with Carlin, where he will be joined by another FR3.5 graduate, Jazeman Jaafar.