He’s third in the standings, 23 points behind Scott Dixon, 62 down on Castroneves and just eight ahead of Andretti Autosport teammate Marco Andretti. That makes his sixth-place finish on Sunday at Sonoma look pretty expensive, especially having been running third when the team chose to go off-strategy from the front-running cars. Hunter-Reay spent the rest of the race in recovery mode, moving from outside the top-20 to sixth. While that semi-heroic performance would have earned big praise, the team failed to capitalize on Castroneves’ distant run to seventh and Dixon’s 15th-place finish following his penalty.

With Baltimore just days away, and the Houston double-header and Fontana left on the schedule, there’s no room for errors or settling for non-podium finishes if RHR is going to earn back-to-back championships.

“The problem is right now we’re chipping two points away a weekend, so this is not working,” RHR says. “Helio is driving smart and he knows what he needs to do at this point in the season. He doesn’t need to go extra hard or take any chances and he can still keep his lead. That’s a comfort he has that we don’t have, and Dixon doesn’t have it either. Dixon’s closer to Helio than I am right now, but if Helio has any problems, I can be right there on him.”

Hunter-Reay is accustomed to playing the role of (appropriately) hunter, while Castroneves, who is searching for his first Indy car title after 15 years of trying, has yet to show he has the fortitude to be hunted as the pressure begins to mount. 2013 could be the year where the three-time Indy 500 winner breaks through, but if he does, it won’t be for a lack of effort from the defending champion and his Andretti Autosport No. 1 team.

“At the end of the day, he’s on a different plan than I’m on,” RHR explains. “I have to go out there and take everything I can get. And I don’t mean I’m just going to accept whatever is in front of me; I can’t take any stupid risks. But I do have to be in the mindset that I’m taking every position and every point I can get. If Helio doesn’t finish some races, it will really contribute to Fontana being another interesting race.

“So he’s driving smart and he’s got a very smart racing mind in doing it. We’re going into this weekend and the rest of the races in different mindsets, and throughout my career, I’ve never been bothered by being the one that has to go out there and lay it on the line. Getting a second championship isn’t going to come easy. I can say that with total confidence.”

Last year, Hunter-Reay left Sonoma for Baltimore sitting 36 points behind championship leader Will Power, and had only two races to overcome the gap, but his strategist (and team owner) Michael Andretti called for a Hail Mary in Maryland that shot RHR back into championship contention. Following Power’s crash in the season finale in Fontana, the American prevailed to win the title by three points.

But while Hunter-Reay has more races to make up the distance to this year’s points leader, based on Dixon’s recent form, it’s entirely possible the Kiwi could move ahead of Castroneves in the standings before we get to Fontana. Similarly RHR could also overtake Dixonbut Marco Andretti isn’t far from demoting his teammate to fourth in the points.

With all of the various points possibilities and additional drivers to account for this year, RHR has no choice but to go on the attack on every lap an approach he finds appealing.

“I’d be OK if it was easier, but I’m good with standing on the gas and going for wins,” he states. “I look at the bright side, which is that we have two more races this year than we did last year to make this thing happen, and 62 points over four races is entirely possible. So I’m pretty happy with where we stand. If we can get things close by Fontana, I like our chances. I don’t mind the championship going down to another winner-takes-all deal” 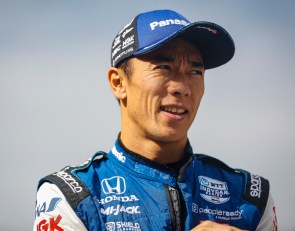 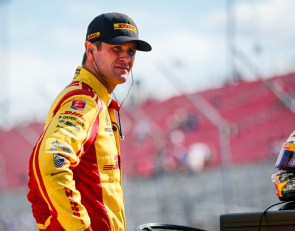