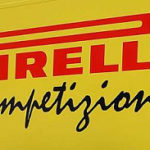 Pirelli will return to the World Rally Championship next year, the FIA confirmed on Thursday.

The Italian manufacturer, Formula 1’s single tyre supplier, will join Michelin, DMACK and Hankook in the WRC from next season.

Pirelli left the sport at the end of 2010 to concentrate its efforts on Formula 1.

The company had been the WRC’s control tyre supplier for three years before leaving.

“We are obviously very pleased to have competition between four manufacturers next year, three of whom are already supporting our championships,” said the FIA’s rally director Jarmo Mahonen.

“Having Pirelli return to the series is also very positive, and together these four brands will provide a great platform for open competition as well as choice and variety for our competitors.”